You are here :- ourlife.co.uk » About Us

(For access to my list of Publications you can skip the Biography and scroll to the bottom of this page).

John was born in Redruth, Cornwall and attended Roskear and Basset Road schools. One of my fondest earliest memories is sitting out in the playing fields at the back of Roskear Infants school making daisy chains with friends. Now, sadly, the playing fields have been built over to extend the school. Basset Road Junior School, fortunately, seems to have since been demolished.

We moved to Plymouth when I was seven. I attended St Marys Primary School and Plympton Secondary School. I did an apprenticeship at Tecalemit Engineering Limited as a Tool and injection moulding die maker. Then I worked as a Sales Engineer for A. E. Edmunds Walker. Actually I also worked as a Milkman for about a year and even tried selling vending machines for Autobar Vending.

Moved to Cheltenham when I was 23. Wonderful friendly atmospheric town and not too big. Worked for Telehoist and Stewart and Allan Sheet Metal for the six years I was in Cheltenham. Also attended Gloucestershire College of Art and Technology to get a load of O and A levels during the evenings (when I wasn’t in the Cotswolds Inn). Actually the Cotswolds Inn used to be a mid-terraced building and looks like it only just managed to get missed by a new road building scheme. This is very typical of my life so far as both the Tecalemit factory in Marsh Mills Plymouth and the Telehoist Factory in Cheltenham got bulldozed (as did Basset Road Junior School, of course).

Attended the City of London Polytechnic from 1985. Got a first in Maths and Applied Physics. Some of the best years of my life, thoroughly enjoyed it. Worked as a motorbike courier one summer and as a sheetmetal worker for the final summer.

Took a Masters in Applied Mathematics at the University of Newcastle upon Tyne. Then, after a period working as a sheet metal worker (again!), worked as a Production Manager for Hunter Instruments in Washington, Tyne and Wear.

Moved to Manchester to take a PhD in Fluid Dynamics and in particular Sprays, at UMIST in 1991, under Prof Andrew Yule. Subsequently worked as a Research Associate for several years. Then as a Lecturer at Stockport College, teaching Fluid dynamics, Maths and Computer Programming to HNC and part-time day-release Degree Students.

Worked as a Senior Computer Officer and Honorary Lecturer at the University of Manchester until November 2015. 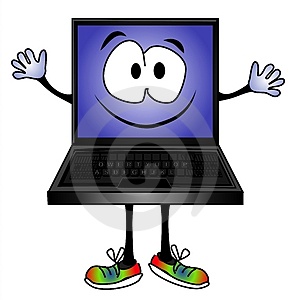 Married Tasha in 2001 and have a daughter, Pippa aged 12 and a son Rowan, aged 6. Have lived in Sunny Stoke-on-Trent ever since.

Have also been a committee member of the Birmingham branch of the BCS since 2005. Started as Webmaster then Vice Chairman then Secretary.

Worked as a School Governor at the Willows Primary for four years ending up as Vice Chairman. and I was also the Parent Governor Representative to the Children and Young People’s Overview and Scrutiny Committee at the Stoke Town Council for three of those years.